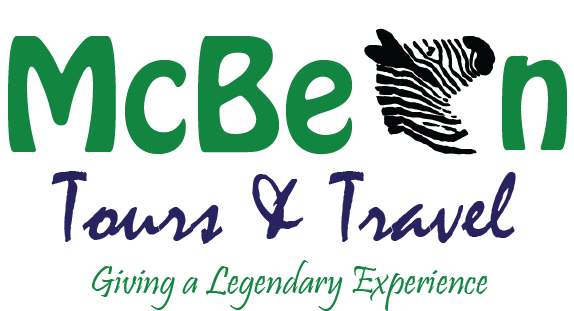 When you book with an account, you will be able to track your payment status, track the confirmation and you can also rate the tour after you finished the tour.
Sign Up
5545

Why Book With Us?

Do not hesitage to give us a call. We are an expert team and we are happy to talk to you.

Safari Highlights The 17 days Legendary Uganda round trip offers great experience of the true African wildness as it takes you to unspoiled corners of Uganda including the Kidepo Valley National Park.

Expect to have big game drive as you spot for some of the Big 5; African lion, Elephant, Buffalo, and Leopard. Take Boat trips to explore more of the prolific birdlife and animals, primates trekking, Gorilla tracking, Cultural walks, Forest walks, excellent bird watching, Mountain hikes, and photography among others.

Departure from Hotel in Kampala

Upon arrival, you will be welcomed by a representative of McBern Tours and Travel who will transfer you to your Hotel Either in Entebbe or Kampala, If your arrival is in morning hours you can take a city tour in Kampala, visit Kasubi visit Kasubi Tombs, Bahai Tempo and Nakasero fruit Market where you can interact with Kampala’s friendly people, Uganda Museum and the National Theatre. Dinner and Overnight at the Boma and Mamba Point or any other Hotel of your choice.

After breakfast at the Hotel, you will be transferred to Jinja. Jinja town is on the shores of Lake Victoria and the source of the Nile. The activities in here include white water rafting along the river Nile, one of the most exciting in the world, quad biking, boat rides to see the genuine source of the River Nile, quad biking, and horse riding and s Dinner and overnight at The Haven / Jinja Nile Resort/ 2 Friends Guest house. (B-L-D)

After a peaceful night and breakfast, then we proceed to Mbale. Here we proceed to Mt. Elgon National Park and trek through the Sipi Falls, characterized by 4spectacular falls along river Sipi, flowing down the Mount Elgon. The area is particularly panoramic with view of the Karamoja valley. You will have lunch packed from the hotel since we’ll have a day of journey and adventure though the typical African villages. The activity will take you through the daily life of a typical African village. Dinner and overnight at Sipi Lacam Lodge /Sipi falls rest camp at the foothills of mountain Elgon, overlooking the romantic Sipi falls, surrounded by several other waterfalls and huge caves or a Hotel an equivalent in Mbale Town. ( B-L-D)

You will have an early breakfast and proceed to the North via Kitgum to one of the most un-spoilt, pure wild places remaining in Africa Kidepo valley National Park. This is a very long journey and takes you through dirt roads of Karamoja. Dinner and overnight at Apoka Safari Lodge or UWA Bandas (B-L-D)

Early in the morning, wake up for a cup of tea /coffee and embark on a photographic game drive along the trails of the National Park to catch up with early raisers and predators returning to their hideouts. You will explore the region of the river Narus valley and animals like the bat-eared fox, striped hyena, aardwolf, caracal and cheetah. Other carnivores found here are lion, leopard, and spotted hyena, black-backed and side-striped jackals. Less common ungulates include the greater and lesser kudu, Chandlers Mountain reedbuck, klipspringer and Guenther’s dikdik. Other large ungulates include elephant, Burchell’s zebra, bush pig, warthog, Rothschild’s giraffe, Cape buffalo, eland, bushbuck, bush duiker, Defassa waterbuck, Bohor reedbuck, Jackson’s hartebeest and Oribi, with over 465 bird species.

Get a morning breakfast then proceed to Murchison falls National Park (7-8hrs drive), arrive by lunch time. Murchison Falls is the largest park in the country with a large population of animals, birds and beautiful landscapes of savannah and forests; have time to relax in the evening from the long journey as you wait for dinner and overnight at Paraa Safari Logde/ Fort Murchison/ Sambiya River Lodge

We will depart Murchison falls and head to Fort Portal. We will pass small villages, markets and village schools. Fort Portal is blessed with the “Mountains of the Moon” and also known for many tea plantations with beautiful sceneries. Through this town we will get to the forest of Kibale National Park. Diner and overnight will be at Primate Lodge/ equivalent (B, L, D)

After breakfast, we shall go for the exploration of the known crater lakes. There is a lot of beauty to see from the numerous small lakes, gentle hills and very stunning vies. You will visit Mahoma falls, hike at Lake Nkuruba to see different primates and birds, meet the local people and walk through their villages, learn about the Toro kingdom and the norms of the Batoro tribe. Diner and overnight at Primate Lodge/ equivalent (B, L, D)

Today, we go for chimpanzee tracking. The forest is well known for having variety and high concentration of primates in the East Africa. Enjoy the guided nature walk in the Ugandan tropical forest as you search for chimpanzees and different types of monkeys; the red-tailed monkey and many others. We will transfer to Bigodi Swamp for another nature walk to see more birds and primates. After we shall head for dinner and overnight at Primate Lodge/ Mountains of the Moon Hotel/ equivalent (B,L, D)

Today, you see the great Rwenzori Mountains. You will have a guided walk at the foot of the mountains and get firsthand knowledge about the culture. After concluding the hike, we will then transfer to Queen Elizabeth National park. Dinner and overnight at Mweya Safari Lodge/ Simba safari lodge (B, L, D)

We begin with and early morning game drive and head to the mating ground of the Uganda Kobs (this is one of the animals on the Ugandan Court of Arms). We will search for elephants, buffaloes, lions and other animals before lunch. We will then go for a boat cruise in the afternoon along the Kazinga Channel, a channel between Lake Edward and Lake George. This will definitely be memorable during the safari. Dinner and overnight at Mweya Safari Lodge/ Simba Safari Loge (B, L, D)

We depart after breakfast from Queen Elizabeth and head South West. After a soothing drive, we get to Kisoro late afternoon. Dinner and over night at a lodge at Travellers rest. (B, L, D)

While at Bwindi Forest, expect to walk in steep and muddy conditions before getting to see the gorillas. Hikers will love the experience in the park. You will enjoy see them as they eat, play and rest in a quite a legendary experience just hard to wipe off the memory lane. You can also have a guided village walk instead of tracking the gorillas and see the local people and get to see what they do and learn about their culture and how they lead their lives. Dinner and overnight at Travelers rest/ equivalent (B, L, D)

Day 15Learn about the Batwa

We will depart after breakfast and head to Lake Bunyonyi (second deepest lake in Africa), relax, take a swim as you enjoy the beautiful sceneries. Dinner and overnight at Bunyonyi Overland resort/ equivalent (B, L, D)

We will then depart from Lake Bunyonyi after breakfast and head to Kampala the Capital City. We will pass the Equator en route and have chance to stand in both hemispheres at the same time, take pictures and also do souvenir shopping. You will then be transferred to the Airport to catch your International flight. 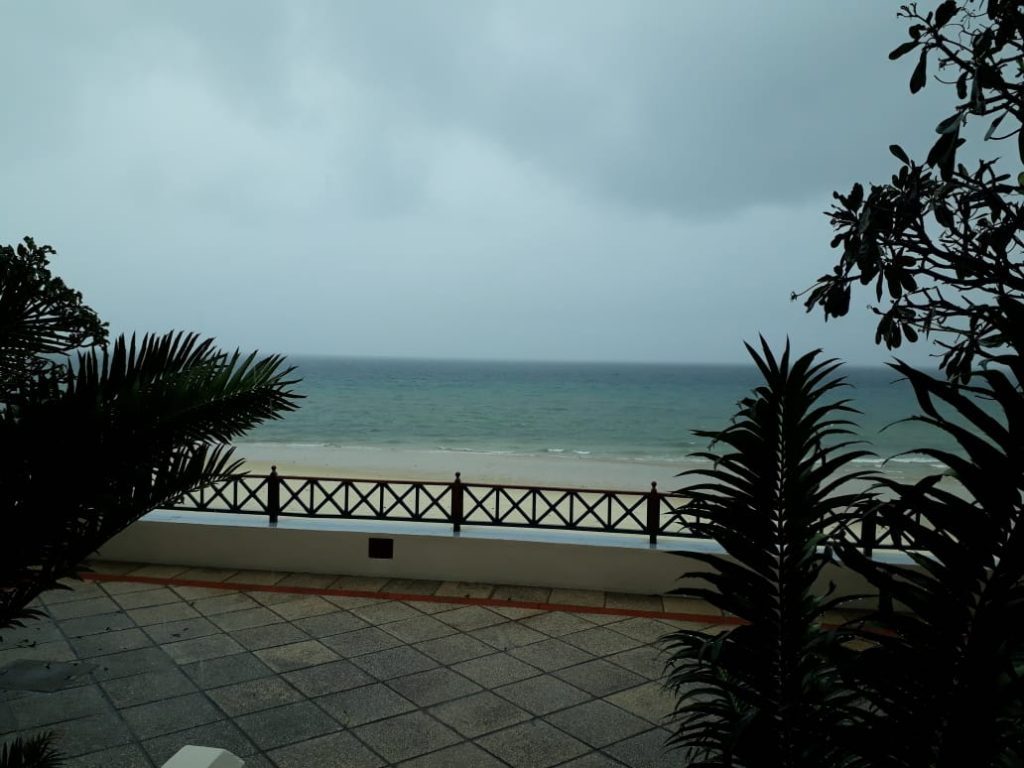 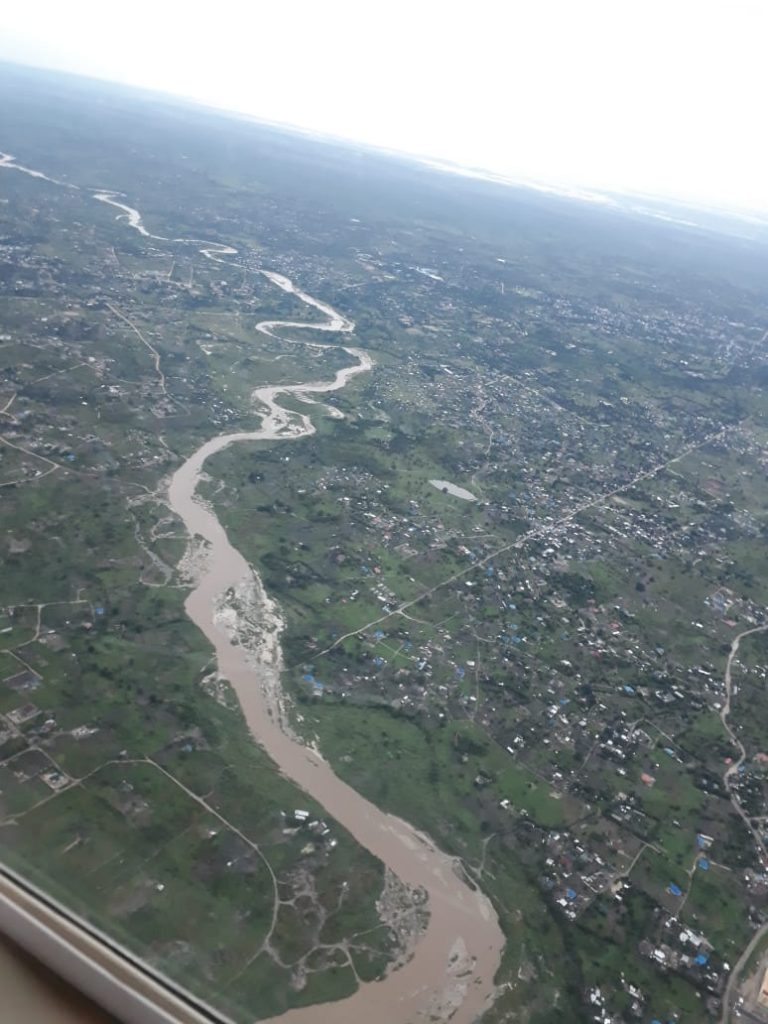